While  delving  into the  moral rights in the law on copyright, the present  article  focuses in brief  the most  distinctive  features  and which of the them stands unique concerning  the concept of right and reason therefore. The moral right, notwithstanding its conceptual formidability and practicality, suffers from some kind of ambiguity and uncertainty in deciding kind of acts that amount to reputational damage of the author in relation to his work ultimately pushing the court to be the judicial umpire of the rival contending parties. That the harmonised standard  for deciding  the reputational damage of the author caused by  humiliating display of his work admittedly  is some what illusion but   the truth remains  that the  its absence  confounds the problem although  this aspect is not dealt in detail here. The article fleetingly discusses the effects of exception clauses on the efficacy of the moral right).

Right, without punitive law against infringement, had little appeal to the conservative positivist jurists[i]. They consistently held that moral indefensibility of an act or omission, its severity and public abhorrence notwithstanding, if so facto  does  not confer  legal right to  compensation and relief  to  the aggrieved unless specific law provides so. Differently put, conduct arising out of moral aberrations will be unlawful against a set of enacted rules although opposite may not always be the only reasonable inference. Conversely, under ethical concept of Hindu raj dharma, moral shade of an individual conduct, enjoyed primacy over the strict legal façade of the act as understood under modern parlance, decided the compensatory approach of retribution.  Religious precepts, regardless of difference in tenor and emphasis, inherently prefer morality over other considerations in dealing human conduct.  The moral right carves out an exception to the approach to the classical concept of right for, among others, the reason being that the moral consideration germinates   enforceable right within particular area of intellectual creations.

The moral right, grounded specific principles is an individual right[ii]. The concept of moral rights originated in French law with three limbs namely, right of paternity, right of integrity and right of publication.  The right of paternity confers the author the right to claim authorship in respect of certain type of works, right to restrain others from claiming the authorship of those works and right to prevent the use of his name by others in connection with that other person’s work.  The right to integrity confers the owner the right to prevent distortion or mutilation of his work. The  fundamental  justification  of  moral rights is based on the premise that  the works of art  belong to their creators and the works reflect the personality  of the author or creator  and  the work being the embodiment of creator’s personality therefore  must be protected from distortion and mutilation.  From the point of enforceability, it is a branch among other forms of rights but characteristically  not akin to in other respects. The moral rights are essentially personal, non-economic in nature   and are not proprietary rights.. The author, ‘even after the transfer of copyright  enjoys the right  “to object  to  distortion , mutilation  of other modification of, or other derogatory action in relation to the said work, which will be prejudicial  to his honour and reputation’.[iii] The author receives no financial profit neither can assign moral rights even after assigning the economic rights of the work. But the author is entitled to claim damages and sue against infringement of moral rights against any person including the person to whom he transferred the copyright by assignment.

The Berne Convention (Paris Act 1971) recognized two kinds of   the moral rights of the author namely:

The Convention left it to the rectifying countries to frame statutory mechanism under their national laws to safeguard the author’s moral rights. TRIPS  Agreement   although  required that Member Sates shall comply  with the   main  Articles 1 to 21   of the  Convention  but did not endorse  any protection of the works  under author’s  moral right[iv].

Judicial approach to the infringement of moral rights is largely determined by various factors like facts of each case, the category of the work, nature of alleged derogatory treatment, the use of treatment resulting in alleged infringement, the contextual laws of the each country and the exceptions.

In Eaton Centre case, simple putting ribbons around the necks of flying gees forming a part of an art work by Eaton Centre, the   Shopping complex, in Toronto, was upheld by the Canadian court[v] being prejudicial to the   honour and reputation of its author. Contrastingly, the British court refused to accept the plea of violation of integrity of the works of cartoon by the cartoonist merely because the original size of cartoons was reduced Natural History Museum Authorities while including the cartoons in a book.  The Court held that the reduction of size of the cartoon did not result in  distortion of the  cartoons and  therefore caused no prejudice to the reputation and honour of the  cartoonist[vi]. The bronze mural sculpture which was commissioned by the government of India from an internationally reputed sculpture was damaged for being badly kept. It was considered by the court as destruction and mutilation of the work and held to be infringement of moral rights of the sculpture[vii].

The concept of moral rights is   given legislative shape in  Copyright Act 1957  by providing author’s  special right [viii] with certain exceptions and moral rights to the performers[ix]. The section 57 of the Act    reads:

(b)       to restrain or claim damages in respect of any distortion, mutilation, modification or other act would be prejudicial to his honour or reputation:

Under the un-amended Act, the duration of moral rights was limited to the term of the copyright in the work. In other words, the author could enforce his moral rights so long the copyright exists in the work. By omitting the words ‘which is done before the expiration of the term of copyright’ the amended provision  wiped out the durational   limit of moral right and conferred  permanent   moral right to the author [x]. The new provision is slight variation of the provision under Berne convention but largely similar to that under French law.

Calling for the rationale behind choosing the phrase ‘moral right’ instead of any other indicative expression   receives no convincing explanation. One of the strained reasons might be the concept that work   personifies the author and so the he can claim moral right over it. But this justification does not go beyond the theory of ‘right to paternity’ Can a right automatically emanate from the claim of from the moral perspective? Unless the conduct or behaviour intervening the right is visited with punishment, moral claim cannot share the same platform with legal right.  But why the authors and performers are chosen to be conferred with such right solely based on moral consideration under intellectual property law leaving other rights, if claimed on the moral considerations under other branches law of property, remains unanswered.

Apart from those rights granted to him  under section 14 of Act , the  author also enjoys  special rights  which he retains   even after  the assignment  of the copyright  either wholly or partially in respect of  particular  copyrighted work. The   violation of special rights read with exceptions and explanation, will   constitute cause of action for bringing suit of infringement by the author in addition to those provided under section 51 of the Copyright Act. The duration of   special rights or moral rights is limited to the term of the    copyright in the work. The term ‘author’   however, has to be interpreted in the light of definition given    in the Copyright Act[xi] . This right can be enforced either by the author or his appointed legal representatives.

The moral right, in summary, can be enforced by the author if his work are mutilated, or subjected to such treatment that causes his reputational damage affecting his honour and integrity of his authorship even after the assignment or sale. The moral right transcends beyond the cardinal  concept of ownership  because the right  prescribes  its enforceability  even after transfer the ownership  of the work  to  a third person by way assignment o others legal means.

The exceptions  of the moral rights  under the  law of copyright  to  some  extent ,dwarfed its efficacy from the author’s  point of view thus  making  it  a fragile extension of legal right.   Under  one  of the exceptions, the author’s special right[xii]  will not   operate  in case of failure to  display his  work  to his satisfaction[xiii]  and therefore an suit of  infringement of his  right  will not stand.   The  wide ambit  phrase ‘failure to display  the work’  coupled with innumerable ways of displaying  the work   makes it difficult  to  decide whether author’s moral right has been affected or not. For example, can a cartoonist of no reputation or marketability of his work allege   the failure of his work of cartoons and consequent infringement of his moral right if his cartoon morphed by adding colour to the appearing bodies?  Theoretically he may allege morphing resulted in his reputational damage and brought dishonour to his work and the defendant may put up many defences. Ultimately, the court, if approached by the affected author will decide which bound to differ due to various reasons.

[i] Austin’s proposition   that law must be backed by commands sits   comfortably with these positivist.

[iv] TRIPS agreement specifically provides  that ‘ Members  shall not have rights or obligations under the Agreement in respect of the rights  conferred under Art 6bis of that Convention.’

[xii] Author’s special rights and moral right, in spirit and meaning are synonymous to each other permitting inter-changeability under the respective domestic laws. 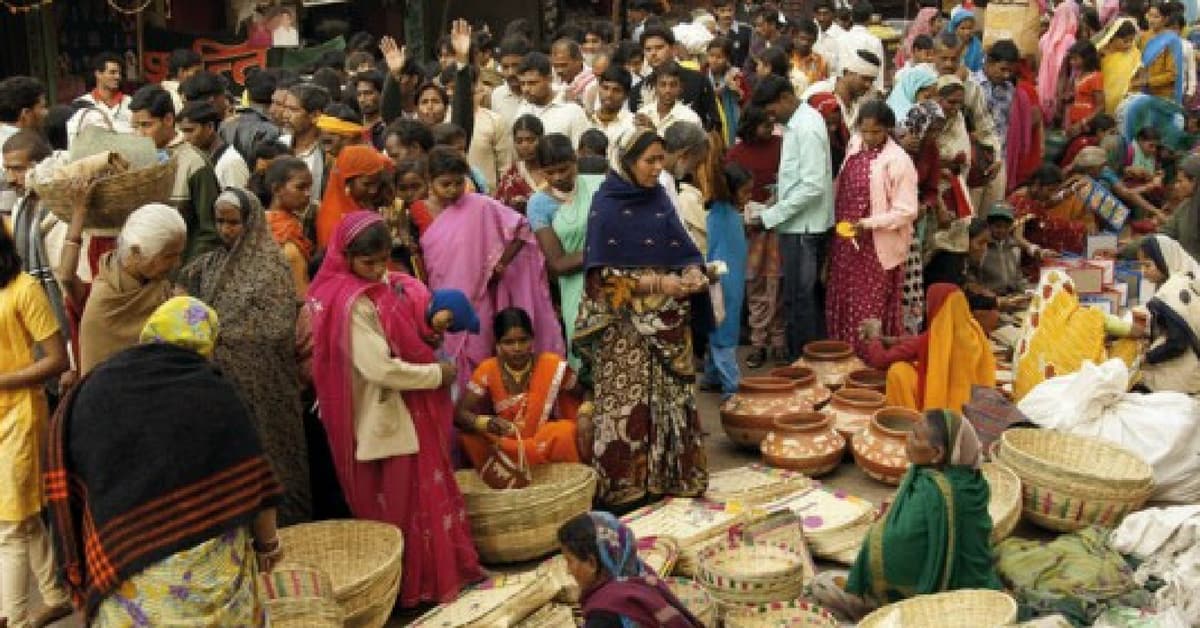 Introduction “The State shall take steps to organize village panchayats and… 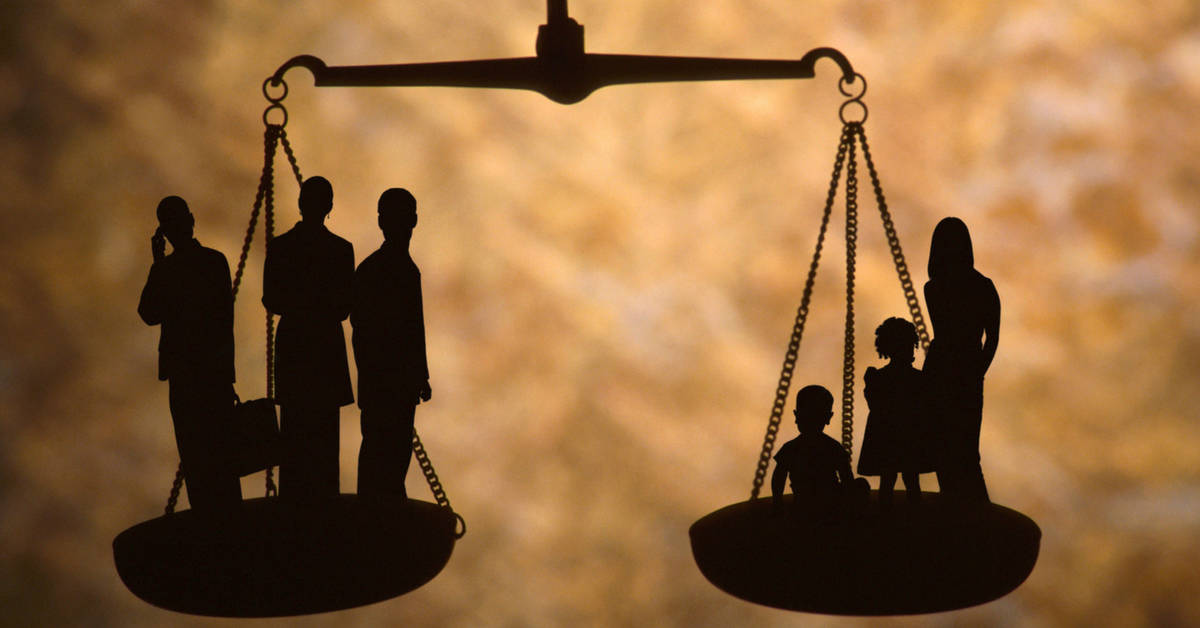