Role of Mediation in the Arena of Human Rights Dispute

Mediation has a long history in international relations, and over time the practice has made inroads into other forms of conflict – labour, business, family, and community disputes – and recently into public policy-making, including environmental issues.

Mediation is a distinct form of Alternative Dispute Resolution (ADR), which is consensual, non-adversarial, non-adjudicatory and non-litigative. It is antiquated in its origins, the earliest practice of which could be traced to several ancient civilizations.  It is basically a procedure for resolving controversies. In it a neutral intervener assists two or more negotiating parties to identify matters of concern, develop a better understanding of their situation, and based upon that improved understanding; develop mutually acceptable proposals to resolve those concerns. Mediation embraces the philosophy of democratic decision-making. [1]

Again mediation is a voluntary and confidential way to resolve disputes without giving the decision-making power to someone else (like a judge). It involves sitting down with theother side in the dispute and a third party who is neutral and impartial (the mediator). The mediator helps the parties identify the important issues in the dispute and decide how they can resolve it themselves. The mediator does not tell them what to do or make a judgment about who is right and who is wrong. Control over the outcome of the case stays with the parties. Mediation incurs minimal procedural and evidentiary requirements while providing unlimited opportunity for the parties to exercise flexibility in communicating their underlying concerns and priorities regarding the dispute. The main attraction of mediation is the prospect of reaching a harmonious solution, while preserving the relationship of the parties as opposed to the confrontational/legalistic approach of traditional litigation.

The traditional literature on dispute resolution has maintained a careful distinction between ‘rights-based’ and ‘interest-based’ approaches in mediation. Disputes that engage legal or other rights – or are framed primarily in those terms – are seen as lending themselves to adjudicative, often court-based processes, “in which disputants present evidence and arguments to a neutral third party who has the power to hand down a binding decision.”[2] This contrasts with ‘interest-based’ dispute resolution processes, which encourage the parties to look beyond legal rights to their underlying interests and treat a dispute as a mutual problem to be solved by the parties.[3] Interest-based approaches are seen as the more natural domain and strength of mediation: a process involving a neutral third party who facilitates communication, negotiation and problem-solving by the parties to help them address the dispute constructively and move towards agreement on how to manage or, ideally, resolve it.[4]

At the same time, the theory and practice of mediation have sought to evolve to allow for the inevitable co-existence of rights and interests in practice. It has done so by defining different modes or styles of mediation to address each, according to the parties’ preferences or the exigencies of the situation. The key distinction made is between evaluative and facilitative mediation.

Evaluative mediation leans the process towards so-called ‘rights-based approaches’, and is indeed referred to by some as ‘rights-based mediation’.[5] The evaluative mediator draws on law, industry practice or other authoritative sources to provide direction to the participants on appropriate grounds for settlement.[6] As such, this approach arguably moves towards a form of non-binding, persuasion-based adjudication. By contrast, facilitative mediation focuses more on an interest-based process and a less interventionist role for the mediator. The facilitative mediator focuses on enhancing and clarifying communications between the parties to help them decide themselves what to do, presuming that they are better placed to devise effective solutions than is the mediator.[7]

The view from the human rights advocacy field

This view has been echoed in the discussion of human rights-related disputes that arise between companies and individuals or communities. The international human rights advocacy community has typically insisted that human rights abuses by companies require adjudication-based remedial processes, preferably through the courts. There are numerous, well-founded reasons for the call for improved adjudication in this field, including a desire to consolidate the hard-won international law status of human rights, to deter gross abuses of rights through the public – and potentially punitive – nature of the litigated process and the reality that the remedy for some rights abuses may be incompatible with a mediated process.[8]

Yet this support for litigation or other adjudicated processes has been frequently accompanied with a belief that mediation is inherently inimical to human rights, rather than a complementary means to remedy with its own strengths and weaknesses.[9] This antipathy to mediation is premised on various factors: the character of human rights both as legal rights and as rights inherent to the individual that cannot be waived; the actual or perceived power imbalances between victim and perpetrator; the public, norm-setting role of the civil law suit, particularly in common law systems; and the appropriate role of the state in addressing abuses that raise questions of criminal liability.

So, many in the mediation and legal worlds see either a tension or an incompatibility between the defence of human rights and the process of mediation.

In fact, no. Both the specific nature of human rights and the creative potential of mediation to encompass interests suggest the relationship between the two may in many instances be one of mutual benefit and reinforcement.[10]

First and foremost, mediation enables those who believe their rights have been abused to engage in the process of seeking remedy – to take a role in defining what the realization of their human rights or remediation for harms caused should mean in practice. Mediation alone is unlikely to be an adequate vehicle for justice where there is corporate complicity in crimes such as torture, extrajudicial killings or slave labour. State prosecutions have a crucial role to play in such cases.[11] But most disputes between individuals or communities and companies that involve human rights do not engage these issues. More typically, they raise labour rights standards, discrimination, the right to access safe drinking water, the right to adequate housing, food or the highest attainable standard of health, freedom of expression or privacy.

Mediating human rights disputes- the opportunities and the challenges

This article does not seek to suggest that mediation is per se a better process for the remediation of human rights abuses than judicial determinations, including litigation. Rather the emphasis is on its legitimacy as an alternative and understanding the strengths it may offer. It is therefore important to consider where the real challenges for mediation may lie.

In a mediation setting, the scope to limit advisers on both sides to equal numbers; the predisposition to engage the parties directly, rather than just through lawyers; the ability for human rights to be addressed in the process; and the ability of the mediator to convey information equally to both parties, can arguably go further to mitigate such disparities than the judge in the traditional adversarial setting.[12] This all depends, of course, on the quality of the mediator.

Power balances between the disputants is considered the most frequent reason behind not preferring mediation over litigation.  It involves much more than financial power. They include factors such as status, education, literacy, access to information, security and confidence. However, mediation has an innate capacity to address these power imbalances, not least due to its nature as an empowering process. Relevant qualities include the voluntary nature of the process; the setting of ground rules that include respect for human dignity and the right to speak uninterrupted; the confidentiality of the process, providing a safer haven to express views and get to the underlying issues behind the dispute; and encouragement to the parties to treat each other as equals. Other factors often highlighted include the power of either party to walk away; the mediator’s role in providing information to the parties; the allocation of equal time to both sides; the possibility of shuttle diplomacy[13] as an alternative to face-to-face meetings where direct interaction might intimidate one party etc.

This brief summary of the debate on power balances in mediation and litigation is again not to propose that mediation is necessarily the better balancer of power than judicial processes. Rather it is to reflect that rich experience has shown that in some – perhaps many – instances, mediation will have at least as good a claim on being able to tackle even extreme power imbalances as will the judicial process. As such it remains a legitimate and potentially valuable alternative. The field would be further strengthened if there were better provision for free legal and other expert advice to complainants interested in mediation, comparable to the legal aid available to plaintiffs in lawsuits, as is currently widely practiced under Indian legal system.[14]

I have argued in this paper that mediation has a legitimate and compelling role to play alongside litigation as a means of addressing human rights-related disputes between companies and individuals or communities. Traditional thinking in the dispute resolution and human rights advocacy fields that human rights and mediation are either incompatible or awkward bedfellows is misguided. Through an understanding of human rights not only in terms of outcomes, but also in terms of processes aimed at advancing human dignity, a more felicitous relationship between the two becomes apparent. The interplay of rights and interests in dispute resolution is not a zero-sum equation.[16] Rather they may be mutually supportive, with interests closely informing the experience of human rights in practice and suggesting how balances between competing rights can best be struck. While mediation processes must take care not to produce outcomes that set back human rights, they offer constructive ways to navigate the open spaces that exist within the parameters of basic human rights standards. The capacity of mediation to support inclusion, participation, empowerment and attention to vulnerable individuals and groups represents a further contribution towards the advancement of human rights. Further in an immensely heterogeneous country like India, where conflicts relating to ethnicity, language, race, cast, creed, belief etc, have given birth to numerous instances of human rights violations, there seems a valid reason behind according mediation as an alternative mode to address human rights issues.

However, mediation, like litigation, faces challenges as a means to uphold human rights. In particular, it needs to address questions as to how it can redress often extreme power imbalances between the parties; how it can engender systemic change; and how it should balance the need for some confidentiality with legitimate demands for greater transparency. Innovations in regard of all such challenges are being developed and assessed. Evidence appears greatest with regard to mediation’s ability to address power imbalances. More work is needed to understand how far the mediation model can go in providing greater transparency and supporting systemic change, thereby bringing individual remedy together with the broader public interest.

*Author is an University Teaching Assistant and is pursuing Ph.D. with the Title,”Role of Mediation in the Justice Delivery System of India- A Critical Study” in the Faculty of Law, University of Delhi.

12 Of course, in jurisdictions where civil action for these kinds of abuses is also possible, mediation can still have an important role to play. See Supra  Note 6 at p.107

[1]5 Shuttle diplomacy – international negotiations conducted by a mediator who frequently flies back and forth    between the negotiating parties as for example, ‘Kissinger’s shuttle diplomacy in the Middle East’. Source https://www.thefreedictionary.com/shuttle+diplomacy. (Last accessed  on 20 January 2013, at 08:25 am)

[1]8  Of or relating to a situation in which a gain is offset by an equal loss. Collins Cobuild English Language    Dictionary,Harper Collins Publication, London, 2006

The Right to Kill: The Case of the Battered Women Previous post

Rule of Law and South Asia: A View from the Top Next post 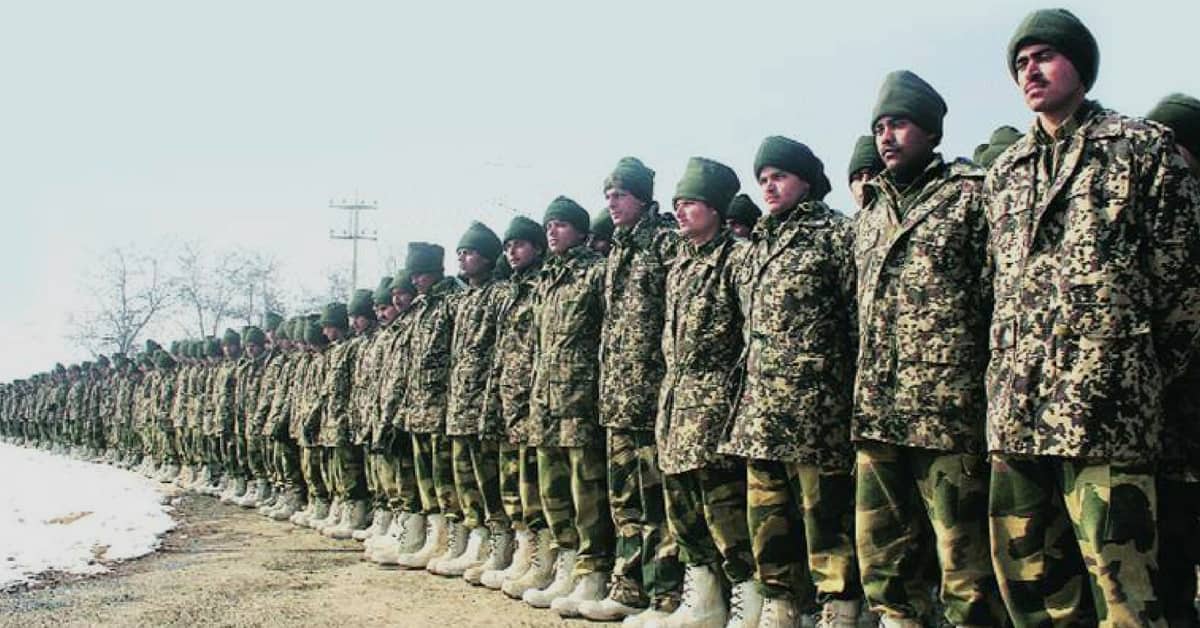 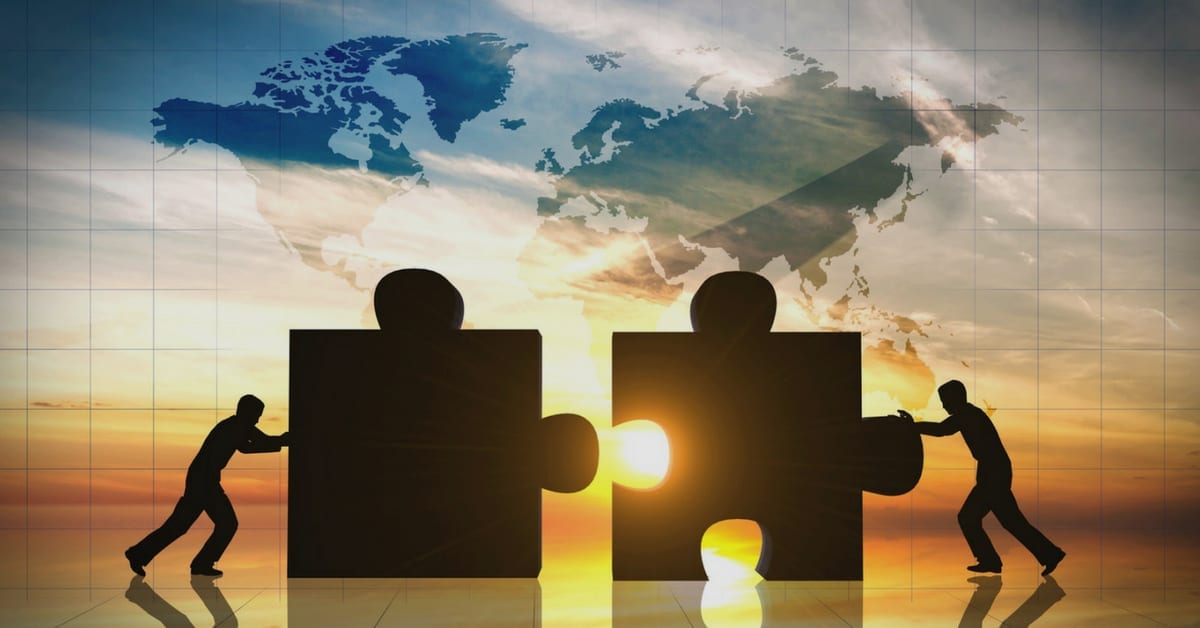